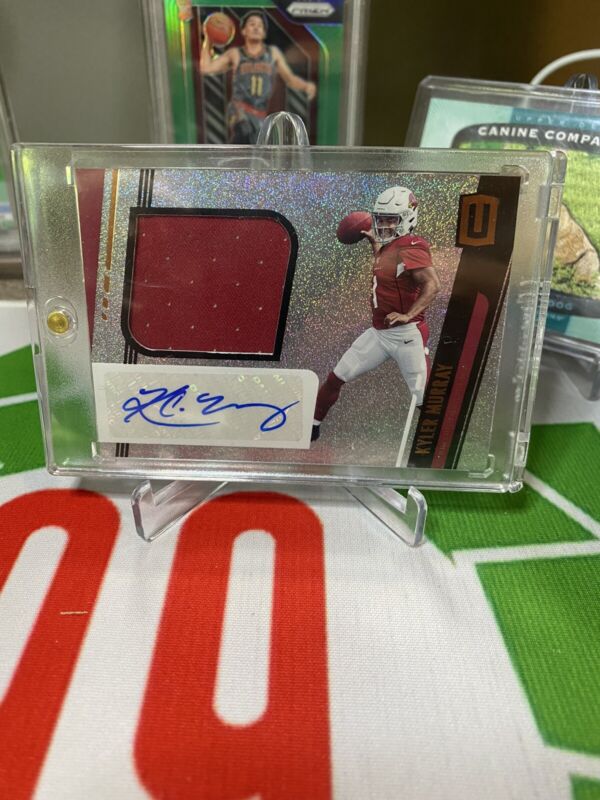 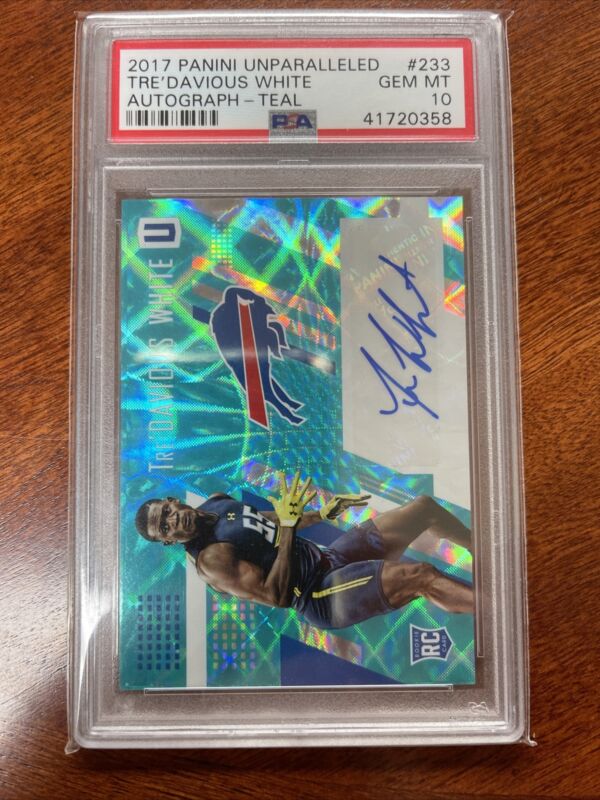 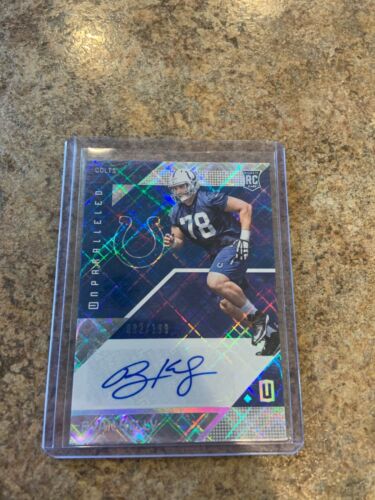 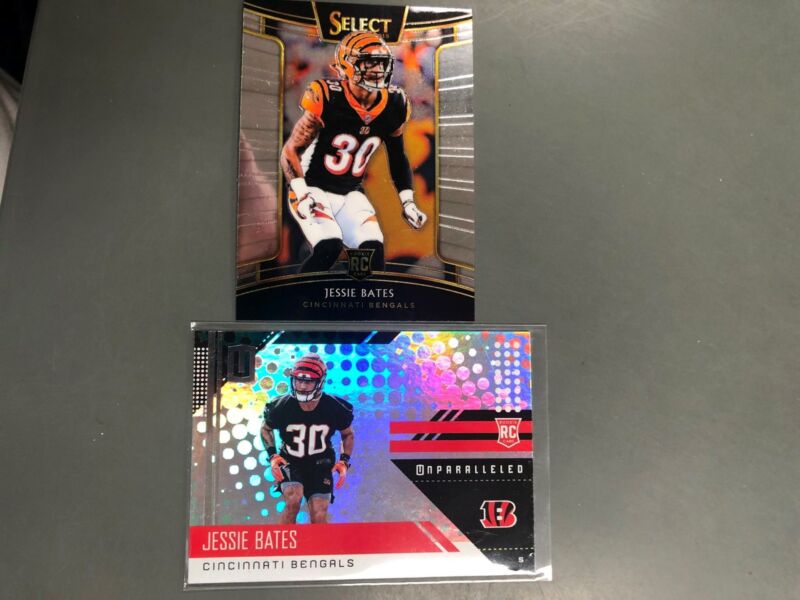 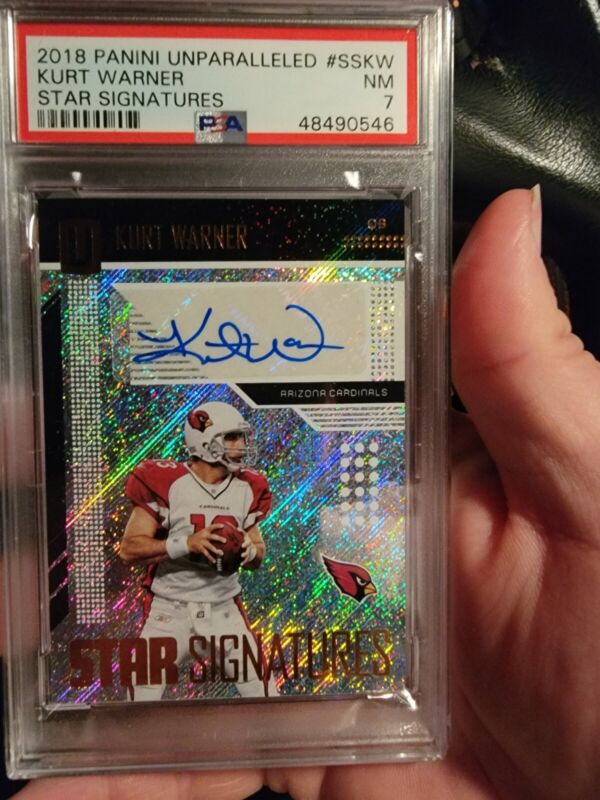 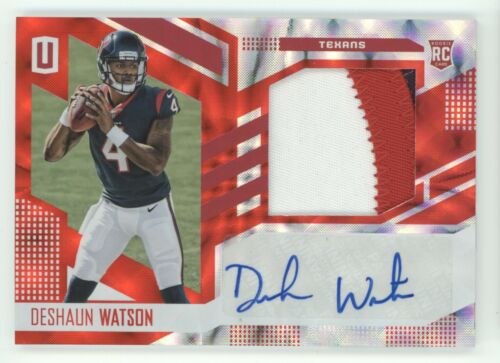 Tap The Dots For More Items
Breaks or Boxes

Rookie Jersey Autographs - Look for some of the biggest names of the 2019 NFL Rookie Class. This insert features a swatch of authentic memorabilia and an autograph. The Rookie Jersey Autographs insert also features several parallels numbered from 150 to 1-of-1 with multiple Prime versions.
Pioneer Penmanship - Celebrates some of the greatest legends to play the game. Look for autographs from players who played from the 1950s, ‘60s, ‘70s, ‘80s and ‘90s, /99 or less.
Rookie Signatures Fireworks- Featuring a star-studded list of rookie signers.
High Flyers Whirl - Find 10 of some of the most acrobatic players in the league.
Undeniable Impact - This 30-card set showcases memorabilia of the top NFL players.
Star Factor Die-Cuts - Find these exceptional die-cut inserts which features 10 of the biggest names in the NFL in a short-print die-cut design! Look for Galactic versions.
Look for a slew of all-new inserts such as The Thrill of Victory, Spirit of the Game, Rookie Revue, Rookie Focus and On the Rise.
Base Set - Unparalleled features a total base set of 300 cards, comprising 200 veterans and 100 rookies. Similar to the 2018 edition, the base set will feature the first officially licensed cards of more than 60 veterans. All base cards feature multiple parallels.
Rookies boasts a roster of 100 players from the 2019 NFL Rookie Class. On average, each pack will deliver two rookies. Each card is printed on a vivid holographic paper and feature multiple parallels.