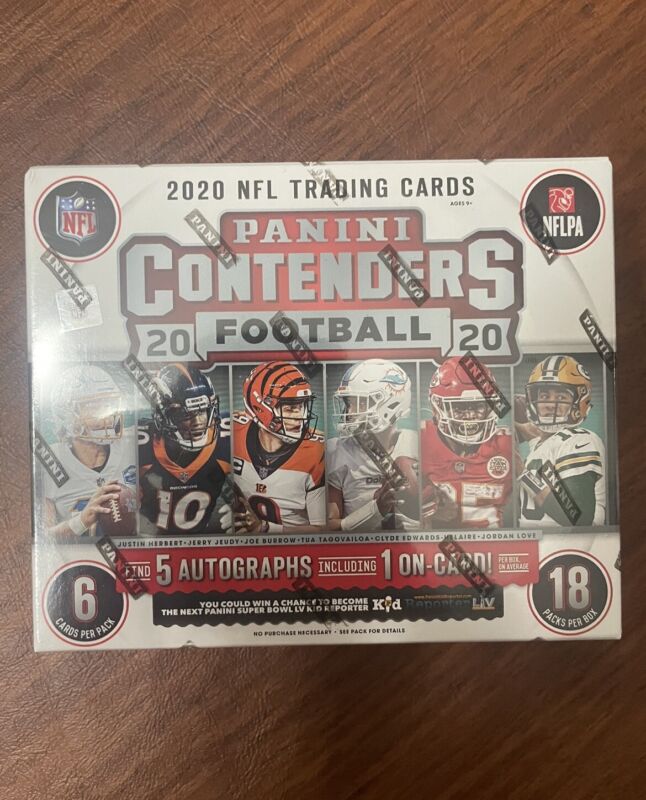 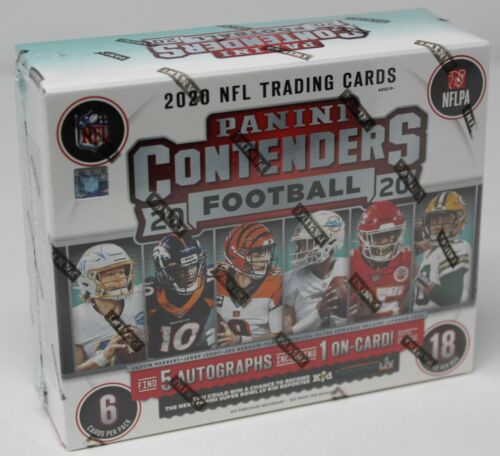 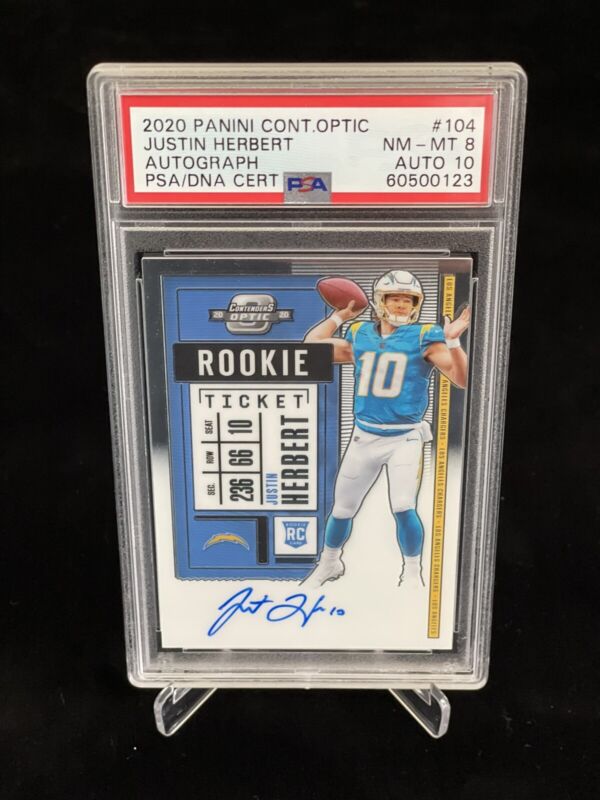 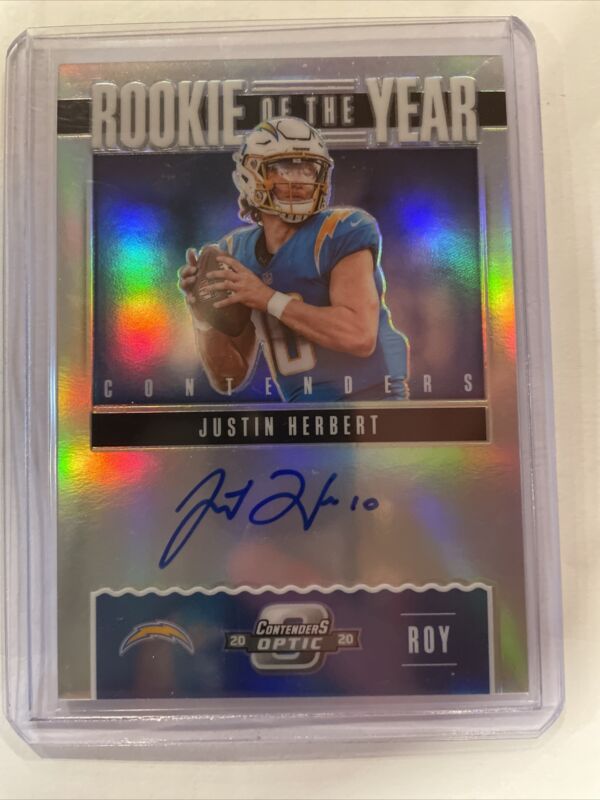 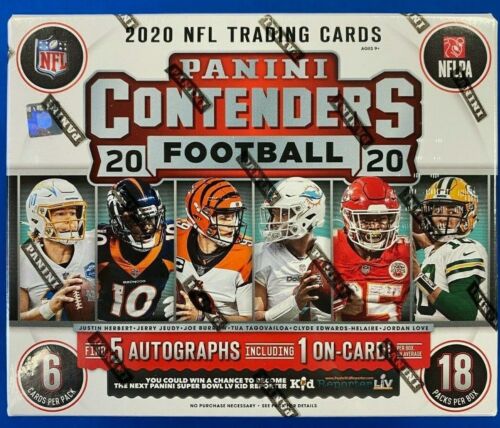 Rookie Ticket RPS - One of the most sought-after cards of the year the Rookie Ticket RPS brings a vibrant design with hard autographs of all the top rookies.
Veteran Ticket Autographs - Find the top players in the NFL in Veteran Ticket Autographs. Players include - Patrick Mahomes II, Baker Mayfield, Ezekiel Elliott, Andrew Luck, Ben Roethlisberger, & more.
Rookie Clear Ticket RPS - Look for the Rookie Clear Ticket RPS autographs, which are printed on clear acetate and include hard autographs of the top rookies in the NFL, max /10.
MVP Contenders Autographs - These players always have a chance to walk away with the hardware at the end of the season.
Rookie of the Year Contenders Autographs - Rookies poised for a breakout season.
New 1998 Rookie Ticket RPS - Paying homage to this throwback designs with hard autographs, /20 or less.
Contenders to Canton Autographs - From one of their first Contenders Tickets to being enshrined in the Hall of Fame, these cards capture both iconic moments.
New Veteran Ticket Autograph - Paying homage to the 1999 throwback designs with hard autographs, /20 or less.
Exclusive to the Hobby, look for Golden and Silver Tickets of the stars and top rookies the NFL has to offer.
Look for inserts Legendary Contenders, Winning Ticket, and Round Numbers.